Be prepared and upgrade your QTAKE Server installations immediately. QTAKE 1.3 and QTAKE Monitor 3.0 releases will be coming out in a short time and will not be compatible with previous QTAKE Server releases.

Please note the current releases of QTAKE and QTAKE Monitor cannot take advantage of some of the new security features such as project and server links.

QTAKE Server provides independent playback and metadata editing on iOS devices. It can run on your QTAKE machine and use your existing WiFi network to serve recorded clips to the QTAKE Monitor application. Learn more.

QTAKE Monitor turns your iPad or iPhone into the thinnest, lightest and most advanced wireless monitor. It is a free iOS application that lets any approved crew member watch live streaming from QTAKE and access recorded clips and metadata from QTAKE Server. QTAKE Monitor 3.0 will be released in Q4/2016. Watch the sneak peek video: 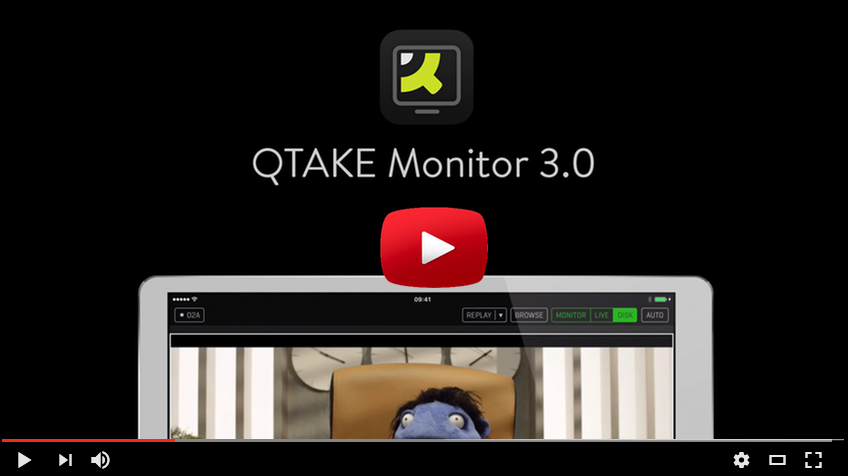